Where In The World Is Cannabis Legal To Use?

One of the buzz of the end of this year is definitely Canada legalizing cannabis. Just like in many other countries, cannabis had been banned for many years due to the addiction it causes to 1 in 10 people using it. However, in recent years a group of cannabis advocates has been trying to prove all the health benefits that cannabis brings to those using it; they were also able to prove that there is a variety of cannabis that would not cause any addiction yet have tremendous health benefits, especially for diseases for which the conventional medicine is struggling to come up with drugs that don’t make you… addicted. With the always increasing statistics on cancer and degenerative diseases, more and more people are turning to natural remedies to solve their health problems and this is one reason behind the current momentum of legalizing cannabis. Other reasons are keeping it away from youth and stopping organized crime from benefiting from its profits. So besides Canada, where else in the world is cannabis legal to use?

Laws around cannabis around the world

Depending on where you are in the world, possessing or using cannabis can easily go from “who cares” to life in prison. It is no secret that Amsterdam is the coolest city in the world because people can freely smoke or use cannabis there; what most people don’t know is that cannabis is actually illegal in the Netherlands but authorities turn the blind eye as long as the one using it isn’t causing any trouble to anyone else. 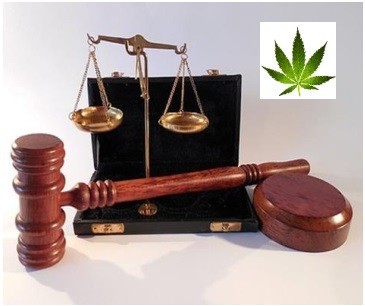 Around the world, cannabis can be legal, decriminalized, regulated or illegal and it is not always the countries you think of that would have the most strict regulation on the subject. North Korean for instance can smoke, sell and grow cannabis without breaking any country rule.

You Can Smoke here with no “headache”

Just like Canada, many countries in the world have decriminalized if not legalized cannabis. In those countries, people are allowed to produce, sell or consume cannabis under strict guidelines whether for recreational use or health reasons. It is worth mentioning that Uruguay was the first country to ever legalize cannabis in 2013. Below is the list of countries where you can smoke or use cannabis freely:

Illegal here but no one will bother you

There are many other countries that practice the “laisser-aller”. Meaning that although officially illegal, no one will bother you for using cannabis for recreational or medical purposes. In contrary of the general opinion, possessing or using cannabis in Jamaica was still being punished by fine or jail time until 2015, but it is only very recently that they started working towards cannabis for medical purposes. However, while still illegal, cannabis has been decriminalized in the country.

Beside Jamaica, the following countries will leave you alone for possessing cannabis as long as it is a small amount or you are not smoking or using it in public: Mexico, Argentina, Germany, Ecuador, Australia, Estonia, Austria, Luxembourg, Belgium, Bolivia, Brazil, Chile, Croatia, Georgia, Greece, Italy, Malta, Moldova, Paraguay, Russia, Slovenia, Ukraine and the Virgin Islands.

Cannabis in the US

In the US, cannabis regulation is done at state’s level, which is the reason why we observe legalization or decriminalization at different speed around the country. California was the first state to legalize the use of medical cannabis in the state in 1996. They where soon followed by another 29 states which are: Alaska, Colorado, Maine, Massachusetts, Minnesota, Maryland, Mississippi, Nevada, New Hampshire, New York, North Carolina, Ohio, Oregon, Rhode Island, Vermont and Washington. And this year, some states from this list decided beside medical cannabis, to also legalize recreational use of cannabis. These states are: Maine, Massachusetts, Colorado, Washington, Oregon, California, Nevada and Alaska and suspect that many more are soon going to follow these footsteps.

We hope the list above gives you an idea as to where you can legally use cannabis in the world. However, there are some golden rules that you should always keep in mind; never cross any border with cannabis and do not carry big quantity on you even when it is legal to do so. US immigration may ban you from ever entering the country again if you are ever caught with cannabis at the border, even if the state of entrance has legalized it, so be very careful.

The present post is just to give you a general idea of what is going on in the world around legalizing cannabis, but you should still do your due diligence in gathering all the details on the subject before entering any country if you plan to get high.